Common Sense Is NOT Common…

The Helpful Hellion > Life > Common Sense Is NOT Common…

Do people still have common sense…. 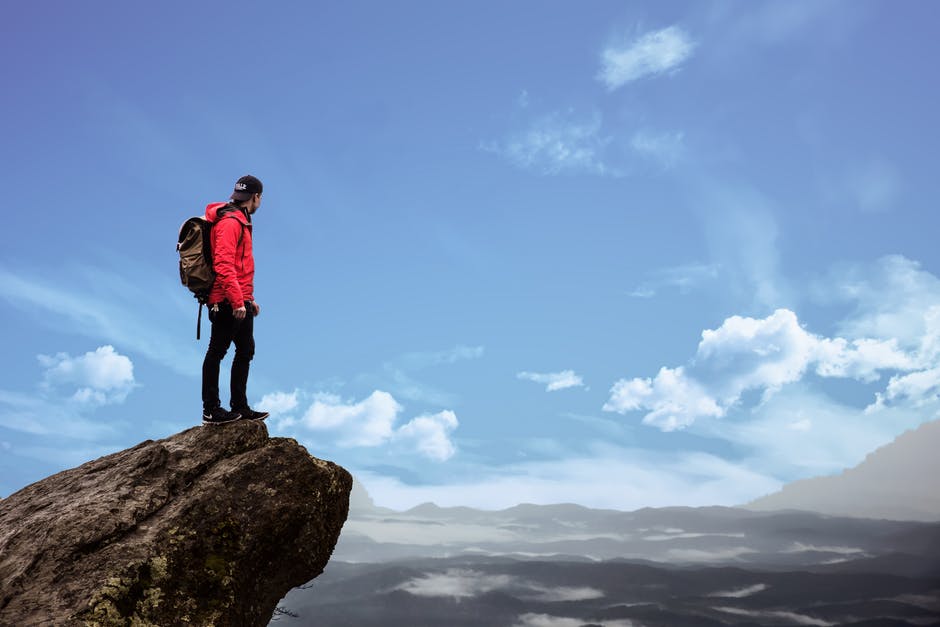 Be careful…use some common sense…

Standing on the edge of a cliff is something a lot of people do…falling off said cliff is also something a lot of people do. Common sense would tell you not to get this close to the edge…you may fall. But we constantly read stories of people falling off cliffs at the Grand Canyon or other national parks. Why is this? Why don’t people use their common sense? Or do the people that do this not have it? Is common sense something everyone has and some people just refuse to use it? Or is it something just a few have and most do not?

I have been contemplating this for years. I am not sure it is something that can be learned. I think you either have it or you don’t. There are people with PHD’s that have no common sense whatsoever. Or do they have it and think they should just use their brainy powers to figure things out? Back in the 50’s and 60’s did our grandparents ever just look at each other and say, “WTH?”..well I know mine didn’t cause they didn’t swear. But really is this new or has it always been like this? Do some people have it and some just do not.

Why do people fly down the highway at 90 miles an hour, with kids in the car, when the speed limit sign says 50? Why do people still talk on the phone and text while driving now when it is illegal in almost every state? Why do people drive into a lake just because their GPS told them to? Why don’t people use those “new” things on the steering wheel(at least that’s where mine are) that tell the driver in back of them they are turning? Why does everyone blame social media for hacks and stealing their info…people, listen to me….when you take a quiz and it clearly states.. we will use your info…they will use your info…that’s what “we will use your info” means!

All the above happens everyday.. and just a little common sense could sure help… I don’t know where you get it, not sure if you are born with it or it’s something you can learn. I believe I have it and always had it. Sometimes I haven’t used it and I can vividly recall those times…and know the consequences that came with me deciding not to. Both my grandparents had it and so did my parents. Maybe that’s the thing, if your parents didn’t have common sense then how could you? We learn from watching our parents…even before we go to school..our parents are our teachers. Or at least they should be.

Voltaire knew about common sense back in 1769 and wondered why some didn’t have it or he noticed they didn’t use it. So evidently this isn’t something new, something that just started lately. Although I do think people today are so consumed by their phones and electronic devices that they rely solely on the info they find on there to figure things out. They don’t use their brains and they don’t think. Maybe there should be a class in school today called…Common Sense 101. However, would the kids that really need it, take it? I think the most valuable thing in our body is our brain. We need to use it to think before we act, we need to evaluate everything and how this thing we are planning to do is going to affect people before we do it. Just think before you act! It’s really quite simple.

Does anyone actually think anymore? Working retail and with the public really makes me wonder? Some of the things I see make me lose all hope for civilization as we know it. I feel sad and wonder how we have gotten to this point. And then as I drive home from work something happens…a car coming off a ramp slows down and waits for everyone to go by and the driver in front of me uses his turn signal when he turned at the intersection. Small things, yes… but they renewed my faith in humanity and the world. Common Sense is alive and well!

One last note: for the love of all that’s holy.. could you please not hit “reply all” when you send an email back that has 50 or more people included in the email? Common sense, people, common sense! Thank you!

“Common sense is an instinct, and enough of it is genius.” ~ Josh Billings

19 thoughts on “Common Sense Is NOT Common…”