Tag: Where is the quality

The Helpful Hellion > Where is the quality 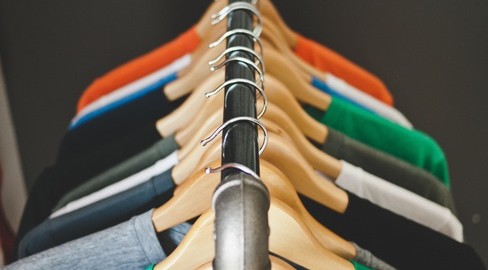 Seriously where did it go? 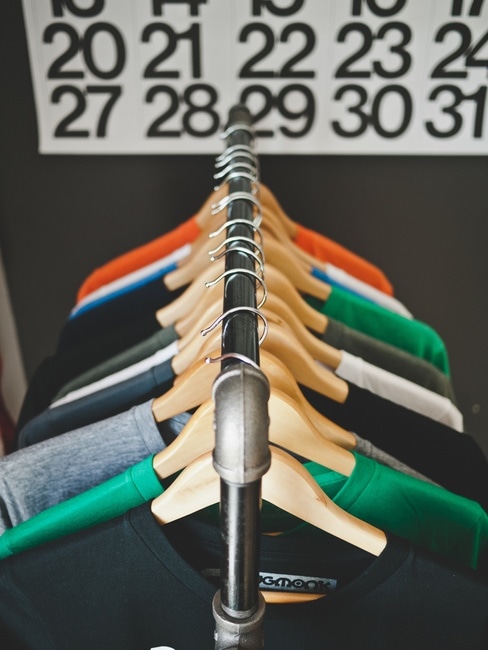 Racks of clothing, but nothing of substance…

I remember a time when you could find quality. It wasn’t that long ago. There were stores jam packed with quality clothing, shoes, handbags and jewelry. So what happened? Where did the all the quality go? Is it due to the fact that most items are now made in China, Vietnam or some other country I can’t even pronounce. I’m not sure what happened but something did…

We were shopping this past weekend and I don’t know how many times I uttered the phrase, “where is the quality?” Nothing’s the same. What happened to my favorite lines of clothing and handbags? The stores were filled with merchandise but it wasn’t calling my name or saying…pick me, pick me like it always did. I remember going in Coach and wanting every single bag in there. It was hard to make a decision there were so many I loved. I couldn’t even find one single solitary bag I could even kinda like. The same with Michael Kors…there was a time I would go without groceries to buy the bag I coveted(this is a true fact). I loved every bag and design from each season. That hasn’t happened in over 5 years.

Don’t even get me started on clothing lines. Ralph Lauren and Ann Taylor just don’t do it for me anymore. I loved these stores and their clothing lines. When I would go in the Ann Taylor store it screamed class. And the clothing was something that would last forever. I still have some of the “good stuff”. One of my other favorite stores White House/Black Market was the same. I wouldn’t be able to go in there without buying something and it took forever to narrow my choices down to a reasonable level of 3 items. I went to all of these stores this past weekend and didn’t buy one single thing. I didn’t see anything I liked or if I did even come close to liking it the cost was so high it didn’t warrant a purchase. But I would have most likely bought something no matter what if it called my name. All I heard were crickets…

I haven’t found a pair of shoes or boots I’ve absolutely loved in so long that I am still wearing my Bandolino black boots from 10 years ago. And even though they are 10 years old, people still come up and ask me where I got them. I did recently find a pair of purple suede booties, which really surprised me since I am not a big purple fan. But they were very cute and I hadn’t found anything in so long I just had to buy them. Also the point here is, I am still wearing a pair of boots that are 10 years old and they look like I bought them yesterday…QUALITY.

“Quality means doing it right when no one is looking.” ~ Henry Ford

So where did the quality go? I did some research on this and also by reading the brands websites and checking them out on Wikipedia I found out some very interesting facts, at least I thought they were interesting. Bandolino shoes and boots were first made in Italy. Enzo Angiolini designed for the company and even had his own line for awhile(I remember this and bought quite a few of his designs). They were part of US Shoe until Nine West bought them and then Jones Apparel Group. Then Nine West Holdings snapped them back up. From what I could dig up because they make it extremely hard to find out where these companies are doing their manufacturing, they are now produced in China.

Michael Kors was first made in Italy as well. Most of the finest leather comes from Italy so that makes sense. Now their purses are made in China, Korea and Vietnam. Coach bags were produced first in Italy. I didn’t know this. They were also made in the US, which is where I thought they were made. Now they are manufactured in China, Turkey and Thailand among others. Not in the US anymore as far as I could see. Another handbag I love is Hobo Brand International. They were founded by Toni Ray in 1991 on her dining room table in Annapolis, MD. She cashed in her life savings and headed to NY with her daughter and son in law. They were made here in the US. I can’t find anything to tell me where they are being made now. But the simple fact I can’t find it on their website with the rest of the story leads me to believe they are no longer made here. I could be wrong though.

Ann Taylor was founded by Richard Liebeskind and he named the stores after his father’s best selling dress at his own store. Their products were made in the US and are now manufactured in Bangladesh. Chico’s started out as Chicos Folk Art Specialties on Captiva Island, Florida. They acquired White House Black Market around 2004 which had started as a single store in Baltimore, MD in 1985. They also own SOMA. They manufacture in over 30 countries, some of which are China, Vietnam, Sri Lanka and even the US.

And then we have Ralph Lauren. During the 2012 Olympics the uniforms the US Team wore were designed by him. He caught a lot of flack and there were even protests over the fact his clothing wasn’t made in the US and was in fact being manufactured in China. When the 2016 Summer Olympics rolled around Team USA’s uniforms were made in the US. The brand is manufactured in China, Sri Lanka and the Philippines.

I tried and tried to find some lines of clothing and accessories that are still being made in the USA and here are a few: 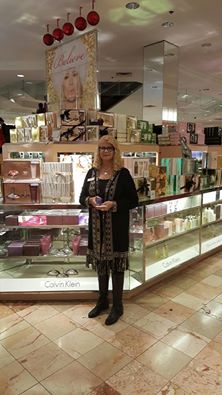 Me at work in my Bandolino Boots and Lucky Brand Sweater

There were a few others on the list but I never heard of them, so I just posted the ones I knew. I think this is really a sad list. What do you think? Were these brands better off when they first started? Should they have just stayed small? Does the fact that they are manufacturing in countries other than the US make the clothing and other items look and feel differently. Can I say the word we are all thinking of…Cheap.. cause that is really what it is. It is cheaper to make the clothes and accessories in these countries, but then what they get is a cheaper looking item. Did the fact that the people who cared enough to start a company are no longer running it and a board that has no idea what their mission was is even on the same page now? Do they care what we as consumers want? I don’t know the answer to these questions but I got a news flash for you….If we keep buying this cheap crap they will continue to make it.

“Quality is never an accident. It is always the result of intelligent effort. There must be the will to produce a superior thing. ~ John Ruskin