The Unexpected Things I Learned About Myself At A Funeral 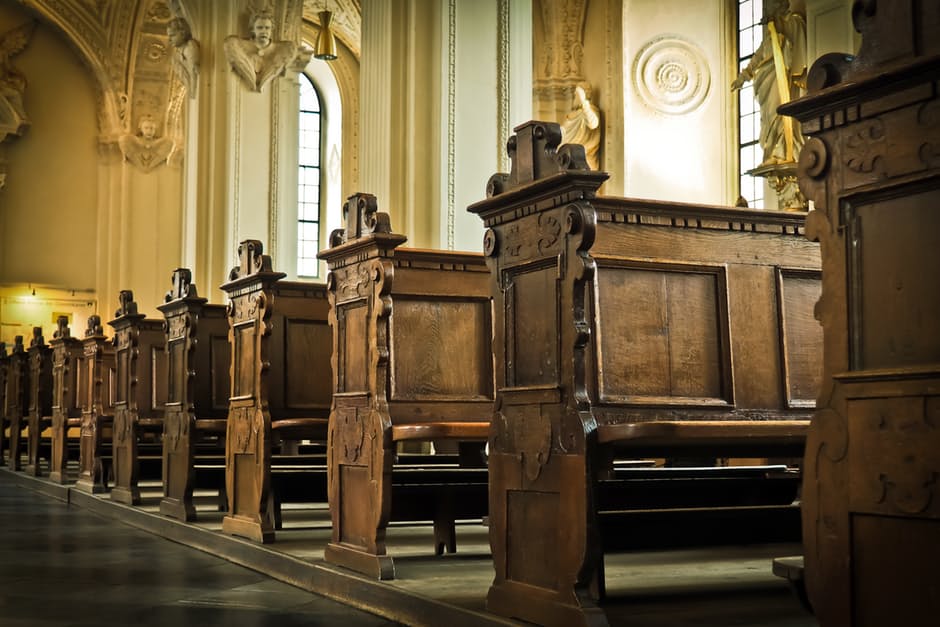 the light went off in the church…not literally

I have been blessed in my life to have three “Mothers”. My Mother who gave birth to me, my godmother Lorraine and my Mother-in-law, Peg(actually she hasn’t been my MIL for many years, since her son and I divorced). My Mother passed away in 2014, I was grateful to still have Lorraine and Peg as my “other Mothers”. Lorraine passed in October of last year and Peg, this past week.

All 3 of these women were so important to me and such big influences in my life. They helped to shape me into the woman I am today. All of them were very different, the one constant being their deep love for me and my love for them. I have written about my Mother several times and have shared how much I miss her every day. I was so grateful to have these other women in my life when she passed. Now they are all 3 gone.

Peg had been in a nursing home for the last several months. The very same one my Mother had been in for 4 years and the exact same wing she was in when we said goodbye to her. So it was very hard to go back there when my MIL was sent there to recuperate from an illness. We thought she would go back to her home and that is what she had hoped for also. But that wasn’t meant to be. We went to visit almost 2 weeks ago and she passed a few days later. We knew most likely when we left that day we would not see her again..on this earth.

“Biology is the least of what makes someone a mother.” ~ Oprah Winfrey

I had been dreading the thought of her funeral, due to the fact that it seems like all I do lately is go to funerals of people I love. However this particular one was different…and we spoke about it many times when we were together. It was different because my ex husband would be there. A man I had loved dearly, a man who was my first love, the father of my children and a man I thought I would be with forever. Knowing also the funeral would be held in the church we used to go to as a family when we were together and where we got married for the second time(yes, we did..incase you missed this in my previous posts, I did marry him twice). It took me a long time to get over him after our divorce. I thought love was supposed to last forever. I couldn’t believe ours didn’t.

My oldest was out of the country at the time of the funeral but my youngest came home with her 3 boys. We all went to the funeral together and also took my son’s 2 children. All 5 of the kids loved their Nanny and wanted to be there. For those of you reading my blog for the first time, I lost my son in July of last year. The 7 of us walked into the church and immediately memories from the past came flooding back. I though it might be hard but I didn’t expect it to be that hard. Thank goodness for the love and support from my Brother-in-law and Sister-in-law and their whole family including my nieces and nephew who quickly surrounded us and hugged us. With me not being “real” family and knowing how my ex felt about me, I knew I was the odd man(woman) out…but they did everything they could to make me feel like part of their family. Their warmth, love and understanding was truly appreciated and something I will never forget.

Without going into too much detail, lets just say things between my ex and I aren’t exactly good. Things between us aren’t really anything at all since we don’t speak and I haven’t seen or heard from him in over 30 years. He doesn’t have a relationship with his children(our kids together) and he has never met his grandchildren(his choice). So the fact my Mother-in-law and I could keep a relationship through all of this albeit a close one was amazing. We never knew what to call each other, so I would call her Mom and she told people I was her daughter-in-law. We got tired of  saying ex DIL and MIL and explaining it to people so we just settled on that.

I loved my MIL and I was going to the funeral no matter what. I needed to pay my respects to her for all she had done and all she had been to my children and grandchildren, and of course me. I knew my ex wouldn’t be happy about my being there so I didn’t know what to expect when I saw him. What I really didn’t expect were all the feelings that came over me the moment I first saw him walk in. So many mixed emotions and feelings of “what ifs” and what could have been. I was brought right back to that time many many years ago when we were a family and raising our kids together. I guess its normal to feel this way especially when you haven’t seen the person in such a long time. I guess its normal to wonder what might have been and how life would have played out for us if we had stayed together. I guess it is, I’ve never been in this position before so I don’t really know. I just knew I was overloading on memories and freaking out a bit.

My daughter sensed all of this going on and leaned over and hugged me and asked me how I was doing. I told her I wasn’t doing too good. I told her there was so much going on and so many feelings I didn’t expect to feel. While she was hugging me she whispered in my ear, “turn around and look a few pews back.” I turned around and there was someone else from my past seated all alone just smiling back at me. A friend, a good friend that had been around during that time and knew what I was going through. It was a friend I hadn’t seen in a very long time. But somehow just seeing this person there helped. It jolted me right out of my “what ifs” and “what could have beens”. It reminded me of how far I’d come since that time way back then and that I made it to this point in life all on my own. I had raised my kids myself and did a pretty decent job. My son may be gone but he was a good, kind man and he created 2 sweet loving children to carry on his legacy. My girls are both wonderful young women and they are also my friends. My youngest is raising her 3 boys and they are growing up into caring young men. I realized I had done pretty good without him or his help.

Having these 5 grandchildren sitting beside me made me feel so loved. They were worried about me and wanted to protect me. So did my nieces, they sat in the pew with me as well. I don’t think I have ever felt so loved, especially at a time such as this when I wasn’t sure I could even make it through the day. I do know their grandfather will never know that kind of love. And I feel sorry for him. When he stood  at the podium looking out over the church to read what he had written about his mother, there we were… all 7 of us lined up together directly in his view. He couldn’t NOT see us. He has not seen us for 30 years but he saw us that day in the church. The day we came to pay our respects to the woman who raised him. The woman I called Mom.

“No one ever really dies as long as they took the time to leave us with fond memories.” ~ Chris Sorensen