What Happened to Sunday Dinner?

The Helpful Hellion > Life > What Happened to Sunday Dinner?

as you can see there is no one at the table… 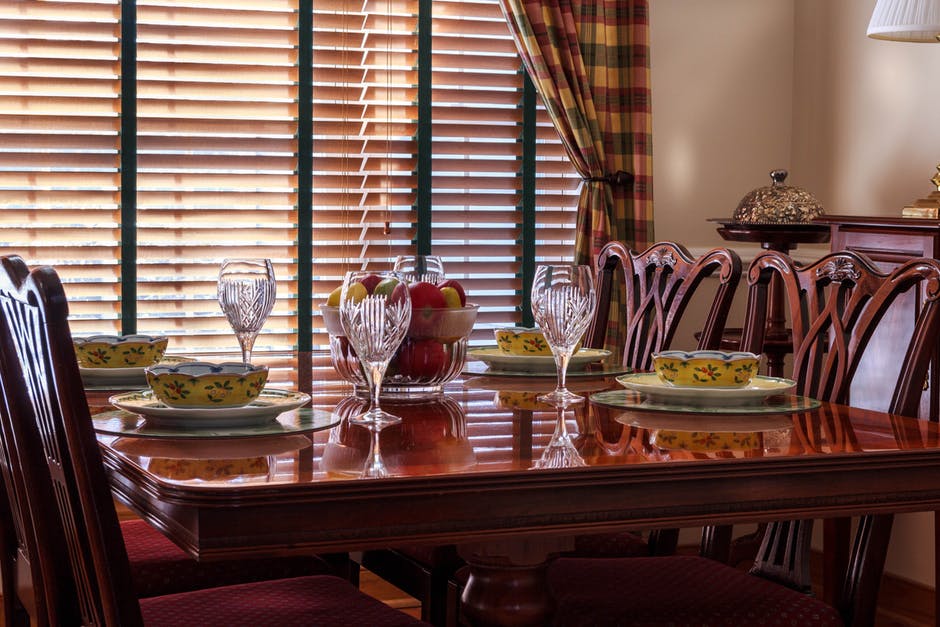 dinner’s ready but no one is here…

I loved the Sunday dinners of my youth. My grandparents had a big Sunday dinner ever single week. The whole family or whoever could make it that Sunday would be there. My aunts, uncles and cousins, we all were together and it really didn’t matter what food we had it was the fact we were all together.  I don’t remember a single thing we ate but the conversations around that table are forever in my heart. I can still picture Grandma’s kitchen…it was so tiny, yet we all fit in there just fine.

After we ate us kids would be running around the kitchen while the grownups were trying to do the dishes and clean up the mess we all left behind. Then we would all go sit outside on the porch or sometimes at my Dad’s parents house around my Grandma’s kitchen bar. We all loved that bar. Especially when Grandma fed us ice cream with this weird green stuff on it. Our parents weren’t thrilled about us eating it, you could tell by the looks they had on their faces. It wasn’t till I was older and realized she was putting creme de menthe on our ice cream (yeah, alcohol…go Grandma) I fully recognized why they weren’t happy with her. But we all just loved it and Grandma!

We had those dinners until my grandfather passed away then Mom and Dad had them at our house. My Grandmother would be there and whoever else wanted to come. These Sunday family dinners went on for years…and years. We were always “expected” to make the dinners even when I grew up, got married and had a family of my own. Don’t get me wrong, I loved being there with my parents and whoever else showed up that day. It’s just that it was Every. Single. Sunday. Sometimes I secretly wished I didn’t have to go. Sometimes I thought, “wouldn’t it be wonderful to just do something different on Sunday?”

When my father passed away I started having my own Sunday dinners. I had moved away from my hometown at this point and there were a bunch of friends who did as well, so I would invite them along with my 3 kids and their friends to our house every Sunday without fail. Sometimes people would bring food but most of the time I would just cook. We had some good conversations at our dinners, that’s for sure. My kids friends told me they really liked coming to our house for dinner because you just never knew what the topic of conversation was going to be…but it always ended with everyone laughing. And maybe someone crying…

The kids grew up and had boyfriends and girlfriends and we decided to start going out on Sundays for dinner. Everyone got to pick a restaurant. Each week someone would pick their favorite and it was fun and I didn’t have to cook. But we were all still together, every Sunday…without fail. It didn’t matter what was going on in everyones life we made that dinner. My friends were all jealous, they couldn’t believe we kept the tradition going. “How did I do it?”..”You are so lucky, my kids don’t come around anymore…not even for food.” But mine did.

After my daughter had not one but two kids(after the first one, we continued to go out) her and her husband decided it would be easier to come to their house for our Sunday dinners. We didn’t mind as long as we still had them and were all together. We had dinners on the grill, we had crabs, we had lots of amazing food. And the conversations continued. Until it didn’t.

After that my son and his wife had dinners on Sundays. Sometimes we went out but most of the time we had dinner at their place. They had two kids and they are very funny kids. So the dinners were always entertaining. When my son died last year, the dinners did as well. My oldest and I still go out to dinner most Sundays and sometimes we get together with my nieces, cousins or friends from back home where I grew up. But I miss those Sunday dinners. I miss the ones of my youth, the ones with my parents and the ones I had every single Sunday no matter what.

I think about the days I said to myself…”wouldn’t it just be wonderful to do something different on a Sunday?” I can now but I don’t want to. Be careful what you wish for, because sometimes you get it.

Did you have Sunday dinners with your whole family when you were growing up? Do you still have them?

“…the pleasant hours of our life are all connected by a more or less tangible link with some memory of the table.” ~ Charles Pierre Monselet

30 thoughts on “What Happened to Sunday Dinner?”