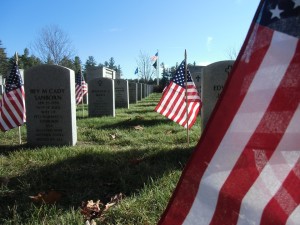 “all I’m asking for is a little respect”

I used this line from Aretha Franklin’s song because I thought it was a great one and a good way to start this post about respect or actually the lack of it in today’s world. I am deeply saddened every day when I see stories on the news of how we are treating people, our country, our children and even our animals. How have we somehow lost respect for everything we used to hold so dear?

When I was growing up we respected our elders and got up to let an older person have our seat when they came into the room. We didn’t talk over people and most of the time we weren’t even in the same room where grownup conversations were going on. For the most part we were taught to speak when spoken to. We certainly never talked back and if we did, what happened next sure wasn’t pretty. But we learned from that not to ever do it again. It was called respect.

Our parents and grandparents were respectful of our country and the people who ran  it. Even if they did not agree with the politics or the person holding the office, they showed respect for that office. I can’t ever remember even one time any one of them ever made disparaging remarks about someone in office. Of course they didn’t always agree with that person and they definitely would talk about what needed to be done differently. And just so you know, my grandparents and parents, every one of them, had very strong opinions to be sure, but never did they resort to name calling or making fun of the person in any way. I shudder to think what my Grandpa who taught Sunday School would have to say about the way we speak about our elected officials today.

It started in the home, our respect thing. We had dinner together every single night. My parents would ask how our school day went and we actually talked to each other. No one looked at a book or watched television. If we listened to music it was soft and in the background. We connected and enjoyed our time together. And no one left the table until everyone was finished and certainly if they did it wasn’t without asking if it was ok for us to do so. It was called respect.

We also respected our teachers and law enforcement. People knew there were rules and laws and they knew the consequences of breaking them. If we did at some point break the law or a rule and had to pay the price, we didn’t get a lawyer to sue the state or school because “they” did something wrong. We accepted our role as the one who did wrong and we accepted the punishment.

Our respect of others was always very important and along with that respect was manners. We said excuse me if we bumped into someone, opened doors for people and helped our parents and grandparents without being asked or expecting money for it. We wrote handwritten thank you notes for gifts or at least called the person on the phone and talked to them. It was called respect.

I don’t know when all of this changed. When did we as a people get so caught up in the day to day world of work and life that we seem to have lost respect for everything? We don’t even respect something so simple as the fact that someone may have a different opinion than ours. I would like to see us return to those days when respect was important. It could maybe help us to heal and move forward as a nation and as human beings. At least is would be a great first step.