After 50 Years Some Things Stay The Same…

and it makes me feel sad but also happy… 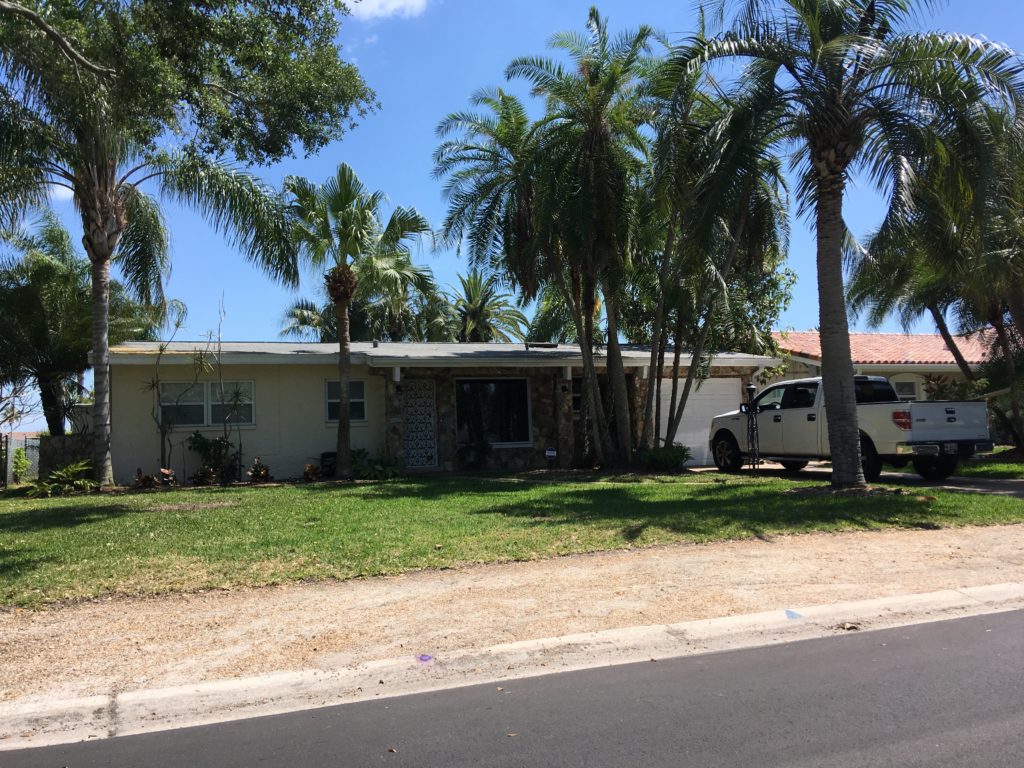 My Aunt and Uncles house in Florida

I know it kind of sounds weird that it can make me sad yet happy that things stay the same after 50 years… but let me explain. I went to Florida this past week to visit a friend. I have been in Florida a lot but always on the east coast, this time I was on the gulf coast. In the 60’s my parents took my sister and I to North Redington Beach every single summer to visit my aunt and uncle who lived there. After a few years my grandparents also moved down and lived there as well. So I visited there quite a lot and I couldn’t wait to see how things had changed or if anything was still the same.

I had thankfully found a letter my aunt wrote Mom with the return address of the house my aunt and uncle lived in and my friend and I drove by. Surprisingly the house hadn’t changed at all. It looks exactly as it did in the 60’s except the carport is now a garage. We sat there for a little while parked in front of it while I stared at the house I had spent so many summers visiting. I was immediately taken back to that time of my life. I was about 8 the first time we ever went there and I think I was around 14 the last time. My parents and sister continued to go but I had gotten married and had a child so I no longer went with them.

The whole street around the house looked almost exactly the same except for a few large houses that had replaced the 50/60’s looking houses that still stood today. It somehow made me feel good that these places were still the same. That some part of my childhood was still in place and hadn’t changed.,,and it hadn’t.  Another part of our journey was to check to see if the bar my aunt and uncle worked at still stood at the end of the street. For some reason this place was important to me and I really had been looking forward to seeing if it was there. When we drove by and I saw it still standing I couldn’t believe my eyes. I honestly wanted to cry. It was run down and empty now but it was still there. 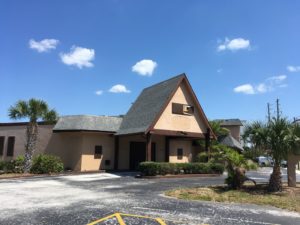 My friend and I did some research and found out the bar had been foreclosed on recently. I couldn’t remember the name of it but thought it had something to do with a “zoo”. I thought the name was The Monkey Bar, but we found out it had been called the Zebra Lounge(hence, the “zoo”) and later The Wine Cellar. It was both a restaurant and bar. I thought it was cool that we would go eat there and that my aunt and uncle worked there. I remember there were murals of animals all over the walls. It was a very hip spot in the 60’s. It was exciting as a kid being able to first of all go to a bar and then secondly have people I knew working there. We went there so many times over the years and I loved it..so I just couldn’t believe it was still there.

I could picture in my head the way it was back then in the 60’s. So full of life and exciting. People would dress for dinner in those days and even though it was the beach they would dress very chic. There wasn’t a lot to do in that area back then so this was “the happening spot.” My aunt and uncle said they made good money working there and they loved their jobs. My aunt was a waitress and my uncle tended bar. He was quite the looker back in the day and had a way with women so I’m sure he made good tips. They both worked nights so we could go sight seeing with them during the day or go out on their boat.

We would walk the two blocks up the street to go to the bar. And also right across the street was the gulf and the beautiful beach. There was nothing else there at that time, nothing to restrict the view. You could see the sand and the water from the main street. Now the area was filled with hotels and condos. So that was different… but yet it was still the same. It somehow felt like I had come home. Like I had gone back in time and I was that little kid visiting my aunt and uncle and listening to their stories of working at the bar. I could even smell the jasmine blooming outside the bedroom window where I slept each night while we were there.

The sad part to this story, if there is one, is that I can’t share this with anyone who went there with me. I wanted to call my Mom, Dad or sister and say “you won’t believe what I just saw today….the bar we used to go to in Redington Beach is still there”….But they aren’t here any more for me to share this. It’s ok though since I have told my kids and my friend about it, so I did have someone to share it with. I also have a cousin that may remember this. At least I hope she does. It will make this so much more worthwhile to have someone who actually went there be able to share this exciting news.

I think as we age and with everything constantly changing, it is hard for us to see the things we enjoyed as children and even young adults no longer be there for us to enjoy. It is like we are that kid again running down the dock in back of my aunt and uncle’s house. Or sitting in their yard smelling the jasmine waiting to go to dinner at the bar. Do I want to be that kid again? Maybe, just maybe I was for a brief moment this week in Florida. 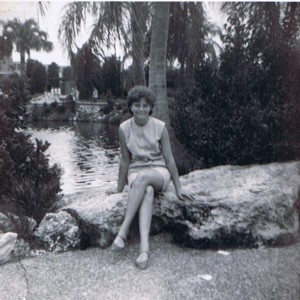 in the backyard at my aunt and uncles

I know that seeing this house and the bar still standing after over 50 years really blew my mind. Have you ever gone back to a place from your childhood and found out that nothing had changed at all? Is this story of mine unique? I would like to hear if you have a similar story.

“The only constant is change.” ~ Heraclitus

18 thoughts on “After 50 Years Some Things Stay The Same…”